It is an absolute thrill to receive this award a second time and I cannot thank Brittaney from The Story Enthusiast enough. It is very kind and thoughtful of you to think of me, and similarly I think I needed this award at this time to boost spirits. It’s nice to be recognised and this award gives impetus to bloggers to continue writing and not be disheartened.

In keeping with the process, I’ll first state the rules of the award nomination.

Here are the answers to the questions kindly provided by Brittaney.

1. What British or International film would you recommend to a friend who has never seen one?

To be honest, this would greatly be impacted by what type of cinematic experience they were after.

I would probably direct them to Jean Cocteau’s La Belle et la Bete (1945) as a dark yet beautiful and tragic fairy tale. The magic and fantasy of Cocteau’s vision is stunning and unforgettable.

In terms of Italian Realism, then I would direct them to Vittorio De Sica’s Bicycle Thieves (1948), which I think is one of the greatest films ever made and inspired so many international directors.

For sheer beautiful sentimentality and an ending I cry to EVERY time I see it, Giuseppe Tornatore’s Cinema Paradiso (1988) is a masterpiece.

To choose a British film is near impossible but if I had to choose ONE as an introduction it would probably be a pre-Hollywood Hitchcock like The Thirty Nine Steps (1935), simply because it’s one of my favourites. 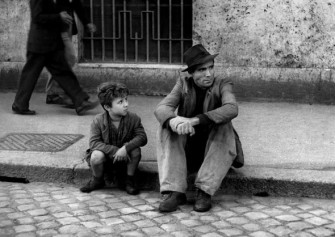 2. Which classic film director do you prefer and what is your favourite of their films?

Hitchcock is a stand-out and whilst I have the greatest affection for most of his films, Vertigo is the one which reaches deep into me every time. A real masterpiece in every way.

Also a huge fan of John Huston (The Maltese Falcon, Treasure Of The Sierra Madre, The Asphalt Jungle) and Billy Wilder (Double Indemnity, Ace In The Hole, Witness For The Prosecution).

3. Which character actor or actress do you think would have made a great lead?

Oh Claude Rains certainly and indeed showed that he could in a few films. For me, Rains is one of the most incredible actors – period. He would have also been a great success in the modern era as well.

4. What child actor do you believe should have had success as an adult but didn’t?

Bobby Driscoll is a child actor who had wonderful potential but was treated poorly, cast aside and followed a tragic course that ended his life. If things had been different and he had been taken care of as a boy, we may have seen Driscoll become successful as an adult.

5. What film do you love, but dislike the ending?

I wouldn’t say I ‘love’ Schindler’s List but it is one with an ending that I have found problematic. Over time, I have found myself less enamoured with the film, even though it was an Oscar winner and had a massive impact. In fairness, it is impossible to bring to the screen the horror of the Holocaust and do justice to those that suffered (although Come And See (1985) is quite a harrowing film in presenting Nazi atrocities in the East). But Schindler’s List does have its’ issues.

For me the ending is one of the key issues. It seems to shift our emotions as an audience to the figure of Oskar Schindler himself, instead of the millions of Jews, Roma, political prisoners, POWs and others who were murdered by the Nazis. It feels like Spielberg is going for the Oscar winning moment with Schindler declaring ‘I didn’t do enough’ and the orchestral manipulation of our emotions as we cry for Schindler becomes a strange sort of catharsis. Who should we actually be crying for?

The moment at the actual grave of Oskar Schindler is bittersweet but again our attention is drawn away from who the victims of the Nazis were and are. I would have ended it in the following way:

After Oskar Schindler declares the war over to the gathered workers and the SS guards ‘leave as men not murderers’ and asks to observe three minutes of silence, the audience hears a sole voice singing which leads to a candle being re-lit and a return to colour. Fin.

6. Whose onscreen wardrobe do you covet and would like to claim for your own?

I must say that Cary Grant looks impeccable and would undoubtedly stake a claim on his wardrobe.

7. Which original film do you think could be improved as a remake and who would you cast?

There are certainly many original films which should not be remade. Yet some original films (such as 1930’s The Maltese Falcon and 1936’s Satan Met A Lady) were remade (in the aforementioned case as 1941’s The Maltese Falcon) and became iconic films.
I’m also going to cheat with this question and ‘remake’ and partially recast a film by doing so at the time it was made.

The film I would remake would be Dracula (1931) and whilst keeping Bela Lugosi as Dracula, Edward Van Sloan as Professor Van Helsing and Dwight Frye as Renfield, I would make the additional changes to the cast: 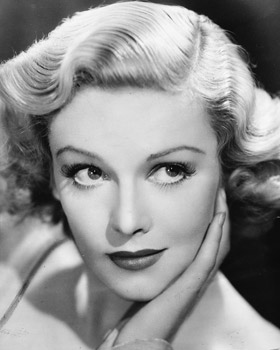 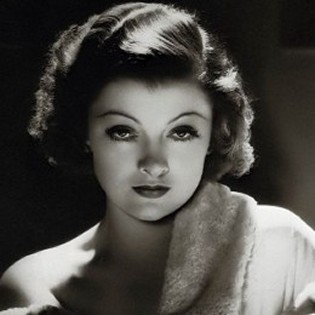 Certainly the first part of the film would remain unchanged, as Lugosi’s entrance is legendary and his interaction with Renfield especially memorable.
I would like to add more of Dracula’s brides attempt to seduce Renfield, as well as Renfield’s view of Dracula – imagine seeing Lugosi scamper like a lizard down the side of his castle!

Lucy’s demise and vampirization would be further delved into, with the infamous delving into the crypt to confront her as a vampire also depicted. It’s just too good an opportunity to ignore.

The much criticised anti-climactic ending would obviously be far better done, with the Count being staked in full view of the audience (or at least show Lugosi’s face and a wonderful supernatural ending to the vampire).

8. Which classic film actor or actress do you think would be successful in today’s film industry?

Something tells me that Joan Crawford would have been successful. She was tough enough and determined to make it in a very different time under very hard circumstances. Crawford was also incredibly hard-working and adaptable, with a career that spanned five decades – that’s pretty good going!

9. What film trope do you never tire of seeing?

I’ve never tired of the MacGuffin and the way that outstanding directors use it. Hitchcock, of course, used it perfectly, and John Huston used a MacGuffin in The Maltese Falcon.

10. If you could adapt a piece of classic literature that has not yet been made into a film, what book would you choose and who would you cast in the main roles?

I’m going to cheat here and include a response I previously used for a similar question elsewhere. But I cannot get past Budd Schulberg’s book ‘What Makes Sammy Run?’ – not because it’s a favourite per se as many books I love have been made into films but because it’s a powerful book and should be made. I know and understand the stories behind why it’s never been made as a film, as it is a terrifyingly cynical view of the film industry.

In terms of casting, it’s very difficult which might also explain why it was never made. But I’ll take my best shot, using actors from the classic era.

11. Which of today’s modern actors or actresses do you think would have been successful in classic films and why?

George Clooney and Jessica Chastain. Both have an amazing quality on the screen, photography beautifully and most importantly are outstanding actors who bring their A game to every performance.

I now nominate the following bloggers for the Sunshine Blogger Award. All of these are classic film bloggers are wonderful writers and I encourage you to check out their sites if you haven’t already.

Out Of The Past

Films From Beyond The Time Barrier

The Last Drive In

I Found It At The Movies

The questions I was given by Brittaney were fun and challenging, and so I am going to offer them to the nominees as well.

Writes, reads, eats, listens and watches. Not necessarily in that order.