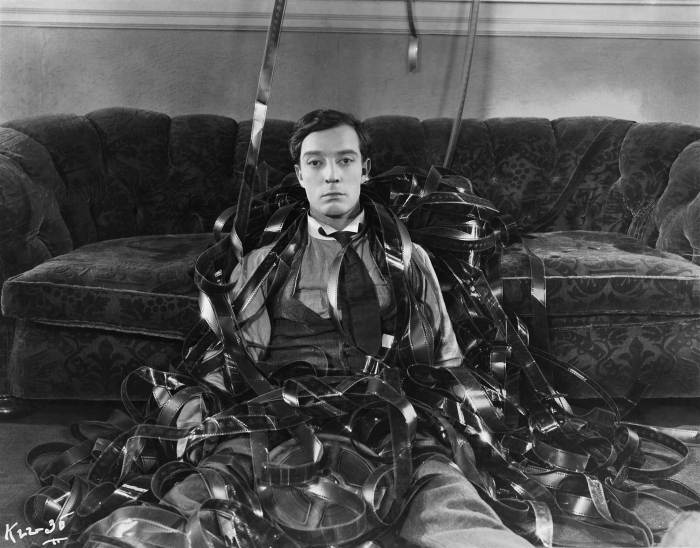 Recently an article from The Silent Film Quarterly was shared by on a social media forum by film critic Steven Finkelstein. My interest was piqued not only because I respect Steven’s views and critiquing but by the article’s attention-seeking title which was looking to pick a fight. The title of this article alone ‘No More Tears Over Lost Films’ (penned by Charles Epting) had me choking on my coffee, as my sensibilities flooded with disbelief.

Disbelief turned to spluttering rage after reading the first paragraph and the writer’s response to his own question. To paraphrase, Epting’s premise is that the loss of 90% of films made before 1929 (according to Martin Scorsese’s Film Foundation) is nothing to get upset about and that we’re not missing out on anything. To throw fuel on the fire, Epting claimed that the figures highlighting this loss are ‘essentially meaningless’ and that the ‘missing films’ are not significant.

Trying to maintain my composure, I decided to look into Epting’s arguments for why we shouldn’t care that 90% of pre-1929 films are missing and/or permanently gone.

Firstly, Epting makes the claim that for every masterpiece a la Metropolis or Wings, there are ‘countless low-budget, forgettable films’ e.g. His Neighbour’s Pants which if found would not expand our appreciation or understanding of classic cinema in any way or form. Perhaps. He furthers his argument with a fairly facetious comment that ‘by Scorsese’s count, the loss of His Neighbor’s Pants is just as important as the survival of The Gold Rush’. To attack the incredibly valuable work of Scorsese in trying to save and/or restore lost silent film alone is quite a laughable and reprehensible observation to make. It’s also stunning that someone can make a comment that a film that is lost and unseen has no merit. The most obvious response is ‘how do you know?’ If they have not been seen, how can they be judged as having ‘no merit’?

Additionally, Epting’s draws a long bow of correlation between Wings and His Neighbour’s Pants, in terms of their cinematic and cultural value. No-one would suggest equal artistic merit (despite never having seen the latter!) between the two but why choose such films to compare? Gloria Swanson’s Beyond The Rocks might be a better comparison in terms of time period and production quality. It was a film whose initial loss greatly saddened Swanson and its’ eventual discovery, restoration and screening should surely be celebrated. Similarly, the additional footage found and re-edited into Metropolis is cause for celebration as we have the closest version to date, which reflects the original release. By Epting’s assessment, these shouldn’t matter. 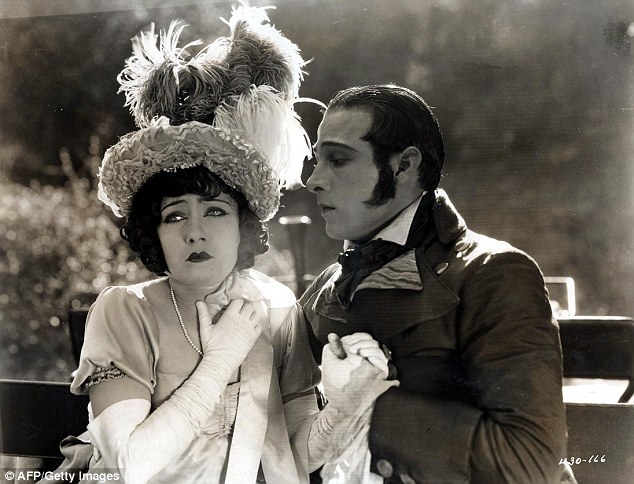 He continues to ‘argue the point with prose’ by declaring that ‘studios were under no obligation to preserve the nitrate stock for posterity’s sake’. Nonsense. Of course they were and it is to the shame of those studios and to the lament of the filmmakers and their audiences that those films were not preserved. Studios like Paramount were inept in their neglect and derelict in their duty to leave their stock to rot. How many of Clara Bow’s films were lost to this negligence? To the credit of MGM, they invested in the protection of their stock, although the tragic fire of 1967 saw the famed studio lose much of its’ celebrated titles. I wonder Epting’s response to the destruction of the Library of Alexandria would have prompted? Or in the context of this article the Fox Studio vault fire of 1937?

Epting uses some bizarre logic to make his argue his case; even attempting to use ‘data’ as his ace up the sleeve. He states that of the 23 films that received nominations at the 1st Academy Awards in 1928, nearly three-quarters have survived, which he states is ‘not a bad percentage’. Personally, I find it appalling that anyone would base the value of lost or surviving films on numbers alone. But he doesn’t care to dwell on this and then declares that we have 98.7% of Chaplin’s silent films. (I guess this is better than 98.6%…) Incredibly, he argues that the figure is much higher if we consider the number of surviving reels rather than titles. This is perhaps the most absurd use of data I’ve encountered and is akin to comparing numbers of chapters to number of book titles.

The use of data as evidence for his arguments continues to leave convoluted points in place. Some of cinema’s greatest directors, Griffith, Murnau, deMille and Von Stroheim have much of their work intact yet all have varying ‘percentages’ of lost films as well. True, their reputations and legacy remain remarkable and intact regardless of whether those films are found or not. But that is beside the point. Those lost films need to be found, restored and viewed because it’s the work of the aforementioned directors. As fans of classic film, the audience’s experience of those great filmmakers can only be enhanced and we can always learn more about a director and the context of his or her time from their work. To suggest otherwise is laughable at best. 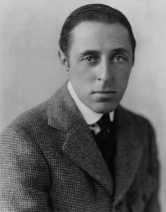 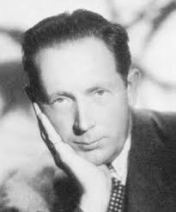 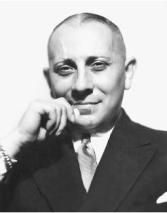 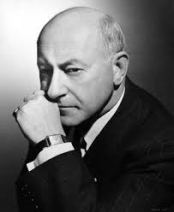 At any rate, rattling some of the best-known directors of the period makes not an argument. What undiscovered works from lesser known directors or artists remain hidden or lost?

The same argument is used regarding the great Lon Chaney Snr and the most frequently discussed lost film, London After Midnight (1927). I have previously written about this film and have stated that the film may disappoint for a number of factors. But I would never suggest that a print of the film would not be valuable to classic film fans. Yes there is no shortage of Chaney films to view and discuss. Does that mean that adding another would not be worth it? According to Epting, the loss of The Miracle Man (1919) is meaningless because we have enough of Chaney’s work anyway. To use an earlier argument of his using ‘data’, what existing footage there is of The Miracle Man is enough at any rate. Being Chaney’s breakout performance and judging by the footage that does exist, it’s not hard to imagine that the film would have been a masterpiece and if found, will prove an exciting discovery. Again, it is hard to accept Epting’s arguments. Imagine suggesting that discovering a lost play by Aeschylus or a previously unknown artwork by Van Gogh is not worth worrying about because we already have existing works by these artists.

By contrast, two of the silent era’s biggest stars have a vast amount of their work lost and/or missing. Both defined their time and are important in cinema history, particularly in the portrayal and development of archetypes. The first is the original vamp, Theda Bara, who was perhaps the biggest star of the 1910s and certainly one of the first, if not the first sex symbol. We have hardly any of work to view or critique, and regardless of whether they are dated or, to paraphrase Epting, not worth seeking or saving, Bara’s films would certainly be important to cinema history. One of her most celebrated films, from which prints often turn up in film books, is the long-lost Cleopatra (1917). Its’ discovery would be an exciting one and should not prompt disdain from Mr. Epting. The same could be said for Madame Du Barry (1917) or Salome (1918). The loss of such films are a tragedy to our understanding of cinema and its’ early development. 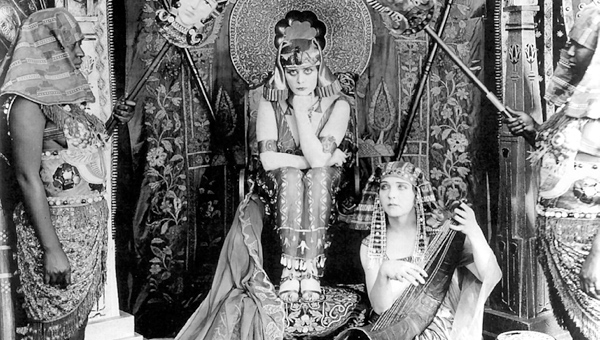 The second star is the aforementioned Clara Bow, the ‘It’ Girl, whose story is one of sadness and tragedy despite the charm and naturalness she brought to the screen. Bow ushered in a new era in the 1920s, which eclipsed the previous sex symbol characteristics employed by Bara and reflected the post-WW1 period for young women in a way no one else did on the silver screen. She was the quintessential flapper of the 1920s. Yet almost half her films are lost, which Paramount with willful negligence let deteriorate in their vaults. To re-discover her films and be able to see them again would be a boon to classic film fans. 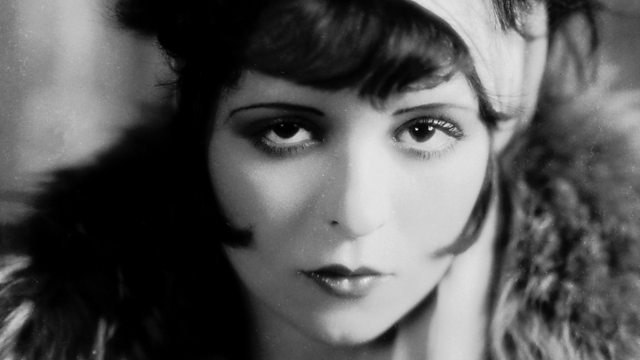 Using the reviews and audience responses of the days are not necessarily helpful either. There are numerous films that were poorly received upon their release. Yet time and re-assessment have changed our views and those films have been seen in a new light. In contrast, films that were well received upon release have not always aged well and have even been forgotten in some cases – even Academy Award winners (Cimarron a case in point). At one point, Epting seems to contradict himself by claiming that box office figures during the silent era are notoriously difficult to corroborate and perhaps should not be used as a guide for what is a successful film. Yet he later claims that ‘box office flops’ which are less likely to exist are not a great loss. At any rate, do we simply judge the value of a film by its’ box office receipts?

In fairness to Epting, he tries to employ the positive notion that we should celebrate what silent film does exist and enjoy it. But to denigrate the desire to find and/or preserve silent films that are lost or need restoration is not the stuff of cinephiles. It is most disconcerting when comments such as the following, are made by Epting: Once a movie was released and shown at theaters across the country, it was effectively finished. Storage of nitrate film reels was costly and dangerous. If these films had no commercial potential, what was the point of utilizing valuable resources to save them?

Lastly, suggesting that what survives is special because the rest has perished becomes a dangerous premise to go by. Indeed, the destruction of past works becomes the drive not only to protect what we have but also becomes the inspiration to appreciate, archive and protect all works and find better and more lasting ways to preserve them. Our appreciation of classic film will not only be enhanced by appreciating what we do have but by continuing to seek out lost treasures and preserving what we do find. Knowledge and understanding does not grow and is not nurtured through limitations but by continually seeking and looking at what the possibilities are.

Thankfully there are many involved in the search and preservation of classic films and undoubtedly they will not be overly perturbed by the sentiments of Mr. Epting. Susan King, who writes on classic film in the Los Angeles Times is one writer I regularly notice who keeps me abreast of new discoveries and the future for film restoration and discovery looks bright, if luminaries such as Martin Scorsese and Steven Spielberg continue their efforts.

And yes, I would like to see His Neighbour’s Pants if Mr. Scorsese manages to restore it.